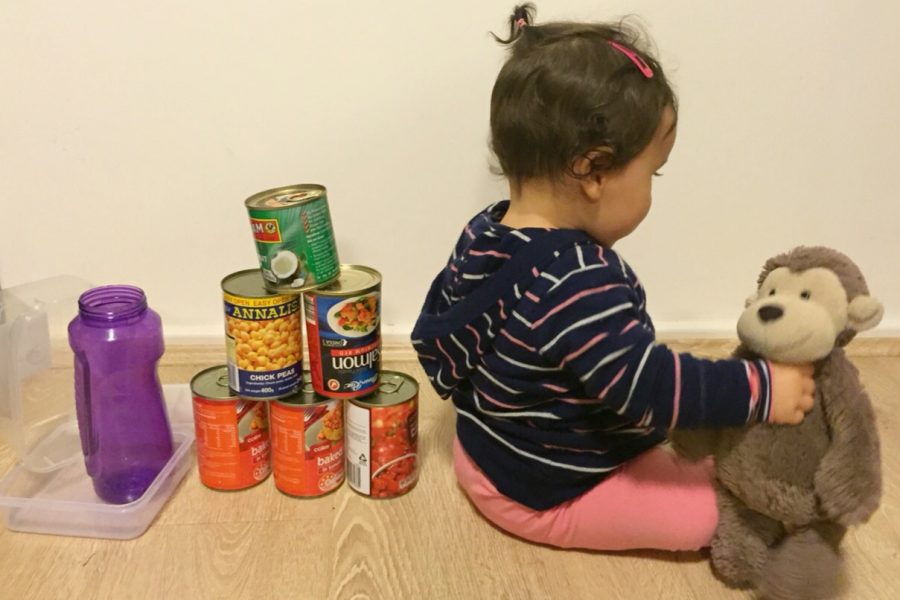 I find it pretty overwhelming to think about how many Endocrine Disrupting Chemicals (EDCs) Isabella and I are exposed to on an everyday basis. Knowing that every little change I make to reduce our exposure to EDCs today makes a huge impact on our total exposure over time, I’m determined to make baby steps in the right direction.

In my next few posts I’m going to focus on one common EDC at a time and look at what they are, where they are, what the actual scientific studies show as to why I should avoid it and what steps I can make in daily life to avoid them. I’ll keep you updated as to how we get on.   🙂  Maybe you too can join us on the journey. Hopefully by breaking it down into manageable chunks, we can shift from an overwhelmed state to one of understanding and begin to limit our daily EDC exposure together.

I’m going to start with BPA – it’s the EDC we hear most about – mainly because all our reusable water bottles and plastic containers now declare that they don’t contain it! These disclaimers are there for a very good reason – the evidence for BPA’s harmful effects continues to mount – we’ll get to that shortly. Unfortunately, there are many other sources of BPA out there which companies have made no move to tell us about. It’s therefore important we do our own research – my information comes from the linked World Health Organisation report.

Here are the essential facts:

BPA’s full name is Bisphenol A. It is an industrial chemical used mainly in the production of polycarbonate plastic and epoxy resins. BPA breaks down easily and it’s potential to build up in the body is low… however there are so many sources of it, that it’s thought our exposure to it could be pretty much continuous!

BPA is in polycarbonate plastics which are used in reusable food and drink containers – baby, milk and water bottles, disposable cutlery, toys and water pipes. It is also present in epoxy resins which line the walls of cans and lids of glass jars and bottles for food and beverages. BPA is also found in PVC plastic, recycled and thermal paper (which are what receipts are made from), food packaging, dental sealants, a variety of plastics, resins and cosmetics.

How do we actually get exposed to BPA?

Studies have shown that BPA leaches easily into it’s surroundings – unfortunately that means that it’s in a lot of our food and drinks because BPA is in packaging, food containers, water bottles and cans! BPA can also make its way into the dust in our homes from packaging and materials. Toddlers and babies have a lot of floor time and so breathe in a lot more dust than adults. BPA can also be absorbed through skin contact with cosmetics, personal care products and when receipts are handled. BPA has been shown to cross the placenta and has also been found in breastmilk even if the mother was only exposed to low concentrations.

Why should we avoid it?

BPA is an Endocrine Disrupting Chemical (EDC) which means it interacts with our body’s hormones. Depending on the time of life we are exposed to an EDC, the effects of the exposure differ. If we are exposed to them during development then the effects can remain throughout life, due to their effects on the programming of cells and tissues. EDCs have the potential to give a predisposition for a certain disease in adulthood that wouldn’t have been present if the exposure hadn’t occurred.

A look at the scientific evidence according to the World Health Organisation:

Studies have shown an association between BPA and:

Early exposure to BPA while organs are forming cause:

Studies have also shown BPA exposure could be a factor in the development of inflammatory and autoimmune diseases.

How I’m going to work towards removing BPA from our home.

Having looked at the research on BPA now, I’m more motivated than ever to decrease our BPA exposure at home. I just hate the idea that Isabella is exposed to BPA not just through her own food, drink and environmental exposure, but also through my breastmilk – she’s exposed to the BPA I come into contact with as well!

Here are the steps I’m going to take to reduce BPA in our home:

I feel like I’ve definitely got my work cut out for me! However as with all changes, it can feel a huge inconvenience and a chore when you’re implementing them and then you find new ways to do things and it gets easier and becomes a habit. I just keep reminding myself that every little baby step makes a big difference. Wish me luck!

Every move we make towards decreasing ours and our baby’s cumulative exposure to chemicals is an important one. To kick start you on your journey, I’ve written a guide of ‘9 Easy Ways To Reduce Your Chemical Exposure At Home’ which you get as a bonus when you sign up to my newsletter. 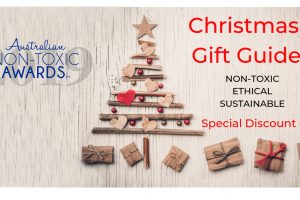 "Every Time You Spend Money You're Casting A Vote[...] 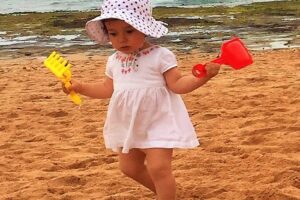 Top Tips For A Non-Toxic Summer