Rice For Babies And Children. Should We Be Concerned? 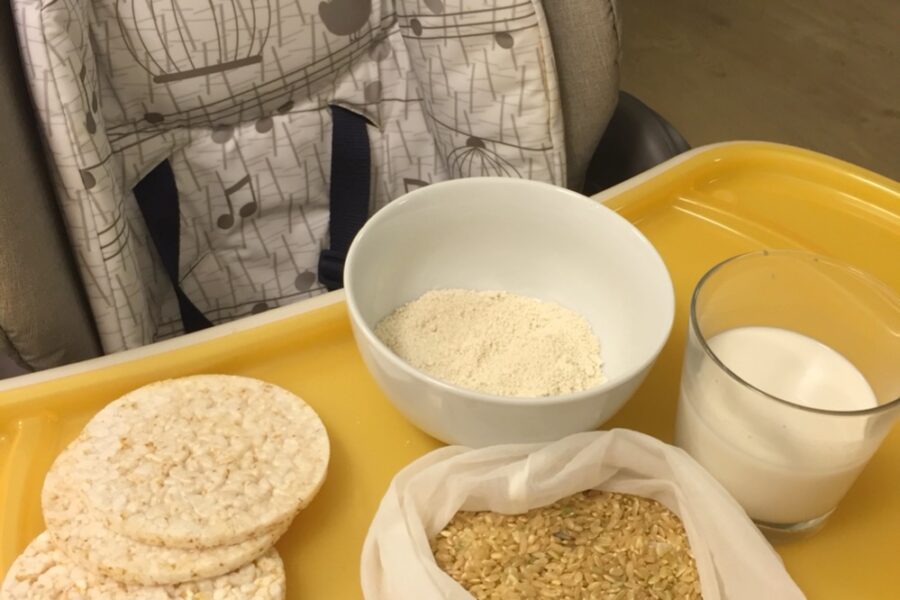 Rice For Babies And Children. Should We Be Concerned?

Starting Isabella on solids has been surprisingly time consuming – from buying ingredients to cooking, blending and freezing in little portions to then defrost, heat and feed to Isabella three times a day. I never thought I’d be able to look back at some of the previous months and think about how much extra time I had- but amazingly here I am…

I know what it’s like to put so much effort into making a nutritious meal only for it to be received with a tight little closed mouth and wrinkled up nose. We just want to give our babies something healthy that they’ll enjoy, so it’s little wonder that we start to give them the same staples day in, day out.  Unfortunately, we can’t be too relaxed about the foods we’re giving our babies…

The FDA (US Food and Drug Administration) released a report earlier this month about the naturally high arsenic levels in rice. They stressed that babies, young children and pregnant mothers should not consume too many rice products. The report recommended a diet with a variety of grains instead and warned against rice and rice products as a staple.

What is arsenic and why is it in my rice?

Arsenic is an element naturally found in soil and water and is absorbed by plants as they grow. As rice grows in water paddies, it absorbs the surrounding contaminants. There are two forms of arsenic – organic and inorganic.

Arsenic levels of both types exist in rice whether the rice is grown organically or not. Arsenic is concentrated in the husk of the rice so whilst brown rice is healthier being higher in iron, fibre and minerals, it also has higher levels of arsenic.

Australia, unlike America, does have a limit on arsenic in foods but doesn’t differentiate between organic and inorganic arsenic. Consequently Australia’s arsenic limits are higher. America has proposed to regulate inorganic arsenic in infant rice cereal using the EU’s current guidelines for safety. Worryingly, the FDA’s current testing found 53% of the rice cereals tested exceeded these guidelines.

So why do we want to avoid too much arsenic?

But why does it matter particularly for babies and young children?

Children and babies are exposed to a huge amount of rice products from rice cereal to rice cakes, rusks, rice milk and brown rice syrup as a natural sweetener and so their rice intake tends to be a lot higher than most adults. With increasing numbers of babies with intolerances to dairy and soy, babies are sometimes put on rice based formulas and some formulas are sweetened with brown rice syrup. Relative to their body weight, rice intake for babies is about three times greater than for adults, with the highest rice intake to body weight being at 8 months of age (mainly due to rice cereal). For older children and adults who have a higher body weight, arsenic intake from rice isn’t thought to be a risk.

The UK Food Standards Agency advises against 1- 4.5 year olds consuming rice milk. As arsenic is cumulative, they estimate that if a child consumes rice milk, their intake of inorganic arsenic could increase by up to 4 times when combined with an average exposure from the rest of their diet.

Do some rice products have more arsenic in them than others?

As arsenic is highest in the husk of the rice grain, rice bran has the highest concentration. Brown rice syrup also has very high levels of arsenic. Brown rice still has the husk around it so it contains more arsenic than white rice.  Rice milk also has high arsenic levels.

Rinsing rice does not remove arsenic. However, when cooking rice, by cooking it in excess water (6-10 parts water to 1 part rice) then draining it, has been shown to decrease inorganic arsenic by 40-60%. This cooking method unfortunately removes some nutrients from the rice too.

So what do I do about it?

In moderation rice is ok, it’s just important to not give your child (or you if you’re pregnant) a lot of rice products on a daily basis and to use a wide variety of cereals such as quinoa, oats, wheat and barley.

Some tips to decrease your dependence on rice products:

Everything in moderation is the trick really, something I’ve never been particularly good at when I find a food I love. One summer in my 20’s I ate so much watermelon that the palms of my hands literally started going a shade of orange from too much betacarotene. Just because I had orange palms didn’t mean I suddenly stopped craving watermelon, but it did give me an insight into the importance of variety in my diet. Reading this report gives me renewed motivation to keep variety in Isabella’s diet too. So back to food prepping I go! 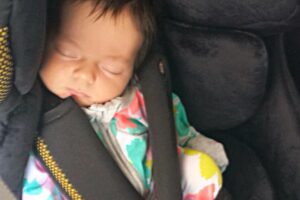 This photo was taken on the day we took our[...] 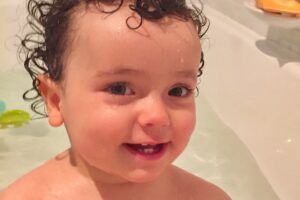 Curly Hair – Why You Should Care – How To Choose Safe Products – Updated!

I love Isabella’s curls so much that I could eat[...] 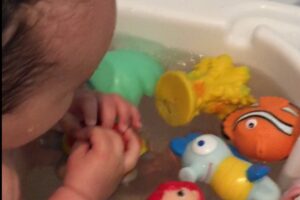