I’ll never forget the excitement, joy and relief when I finally really felt Isabella kicking, about 18 weeks into my pregnancy. For the past week I’d had occasional bubble popping feelings which I’d almost passed off as tricks of the mind. Then one day while I was at work, I felt undeniable kicks – like popcorn going off in my stomach. So miraculous! I drove home grinning from ear to ear with my heart racing, celebrating each little flutter of kicks as they came. While waiting at the lights, a new cluster of little pops began and I realised they were directly under the lap strap of my seatbelt…. I pushed my seatbelt strap as low as it would go, feeling protective of my precious baby beneath.

For the following weeks, I found myself uncomfortable in the car. Isabella would often be kicking me right there… Just under my seatbelt. I mentioned it to people and they would tell me just to push my belt down under my slowly increasing bump. However, as my belt rode up during my car trips, I was very sure it would do the same in a crash! It just didn’t seem like I had any other options… My mother bless her did suggest not wearing a seat belt!? I reminded her that while I was worried about Isabella, if I didn’t worry about myself too, there wouldn’t be either of us!

When my obstetrician told me at 26 weeks pregnancy that my baby was head down, instead of feeling amazed at how clever nature was that our babies know what position to go into, I just felt sick. I hated the idea of Isabella being head down and having a seatbelt across her. That night I searched and read everything I could find. In my research, I found out that car crashes are the leading cause of fetal death related to trauma and that the statistical risk of a woman having a car crash at some point in her pregnancy was 1 in 50. I was more motivated than ever to find an answer.

Luckily enough for me, and all other mums to be, there is actually another way thanks to an Australian engineer who developed a seatbelt-diverting seat attachment called the Tummy Shield. He did so after his own first child was born with brain damage due to an injury sustained in a minor car accident during his wife’s third trimester. 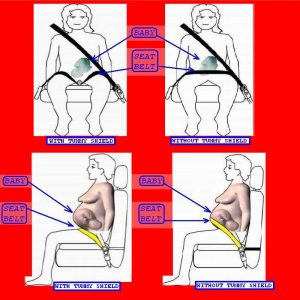 The Tummy Shield is basically a cushion covered high tensile 3.5kg steel plate with a hook. It attaches around the back of the car seat with a belt. The hook is between the legs and redirects the seat belt over the thighs, away from the tummy area. It was designed by one of Australia’s leading biomechanical engineers and has been crash tested in Australian and International testing facilities.

I bought one as soon as I could – I don’t think I’ve ever wanted a product more! I then used it for every single car trip without fail for the rest of my pregnancy. It can be used in the front seat of any car and takes seconds to fit and is really simple to use. The seat belt then sat over my thighs and away from Isabella in my tummy. It felt so much safer. It was also more comfortable as by then I’d reached the point where I didn’t want anything clinging to my stomach at all. I actually continued to use it for a month post caesar as well, so the seat belt was directed away from my wound. Next pregnancy I’ll use it again, right from the word go.

I feel very lucky to have not been in any car accidents during my pregnancy and I pray that my luck continues for future pregnancies for myself and everyone reading this. I wish I had known about this product earlier in my pregnancy though as it would have saved me many sleepless nights and worries!

Please SIGN UP to my fortnightly newsletter by clicking here. You will also receive a FREE GUIDE of ‘9 Easy Ways To Reduce Your Chemical Exposure At Home.’ 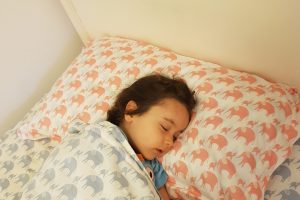 My Non-Toxic Tribe: Guide To Choosing A Safe, Non-Toxic Pillow

This is a topic which I have been meaning to[...] 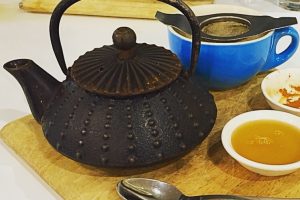 Isabella is a great daytime sleeper... Provided she's in the[...] 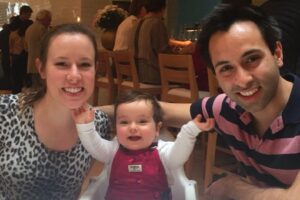 A SALE On Some Of My Favourite Products! I Thought I’d Share…