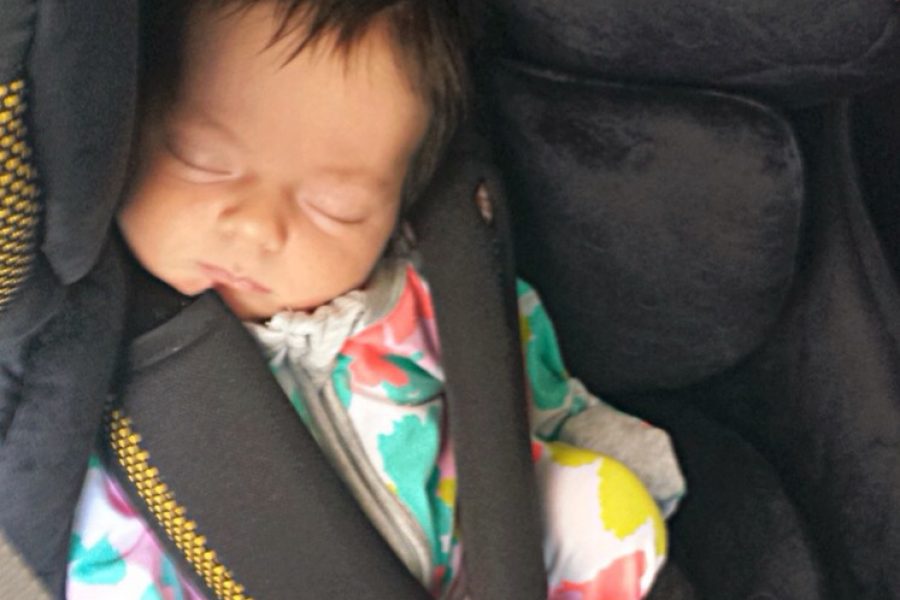 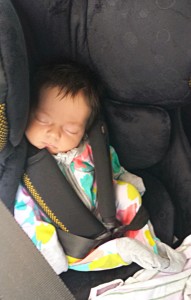 This photo was taken on the day we took our Isabella home from hospital. So many things rush through my mind when I look back at it, the amazement of how tiny she was, the memory of the sun blinding my eyes after having spent a week in hospital, and the huge sense of responsibility, anticipation and excitement of getting my baby home. Another huge thing that hits me though is how come I had no idea how to properly buckle up my new precious baby in a car seat?

Car restraints for babies and children are so important for their safety that it’s written into our laws that we have to use them. I was lucky enough to be given a lovely car seat as a gift from a close family friend which took the choosing of the actual seat out of my hands. I then had it professionally fitted and ticked it off my ‘to-do’ list. All I had left to do was buckle Isabella into the car seat once she was born.

I must admit, I felt pretty lost in the hospital car park wondering how to put my tiny 3kg newborn into the seat. She didn’t even fit into the 0000 outfit I had for her, let alone a huge car seat. Looking at that photo, you can see I had no idea. The padding from the straps are on her chest and not over her shoulders, the straps aren’t tight and one is around her shin and not her thigh! I’d never been shown how to put a baby into the seat correctly and make adjustments.

It was nearly 6 months later that I finally took myself down to another professional fitter and asked for a lesson on how to properly clip in and adjust Isabella in the car seat. That’s 6 months of almost doing it right, but not quite. There is more to it than just clipping in a seatbelt and I wish appropriate instruction had been available with a doll for demonstration so I could practise the first time round or maybe even had it in our hospital preparation classes!

I think it probably took me so long to seek help because I felt it was something simple that didn’t require instructions and Isabella looked sort of ok when buckled in. There was just a niggling feeling that something wasn’t quite right with the set up and I wasn’t sure how much it really mattered.

It turns out that it really does matter. Children who are incorrectly restrained are apparently up to 7 times more likely to be seriously injured in a crash than those who are fitted correctly. Saying that Isabella never enjoyed the car is the understatement of the century. In hindsight, as Isabella was not quite correctly restrained for the first 6 months of her life, it might have been a blessing that we were limited to a 10 minute radius from home.

So if you’re not sure about how to adjust the straps and buckle up your baby in the car seat, do seek a professional opinion. It’s so important and as I discovered, a correct fitting is not as obvious as one might imagine.

Now that Isabella is 7 months, she’s at an age where legally her seat could be faced forwards. Just because it’s legally permissible however doesn’t mean it’s advised. It just means you’re not breaking the law by doing it. The reason why babies must be rear-facing is because it’s so much safer. The benefits to being rear-facing don’t change once a child gets to 6 months and some studies have suggested all children should be rear facing until 5.

Why forward facing is different for babies and children compared to adults: 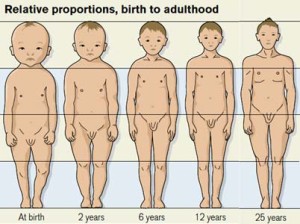 A baby’s head makes up 25% of their body weight compared to 6% of an adult’s. A baby’s skeleton is soft and still developing and the bones in the neck and spine are connected by cartilage and not solid bone. Only after the age of 2 does the hardening process of these bones even begin. In a crash, everything inside the car is thrown forwards, including the unrestrained heads of forward facing passengers, whose bodies are restrained. For a baby and young child who has a comparatively heavy head and immature delicate spine, this is a much more dangerous situation than for an adult. 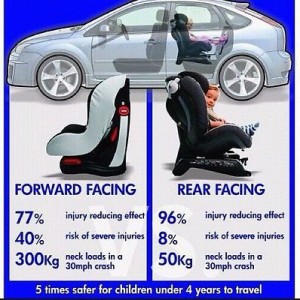 When rear facing, in a collision, a child’s head, neck and spine are kept fully aligned and their head is not thrown forwards on impact. The rear facing seat cradles the child and absorbs the force of the crash while supporting the child’s head. It is much gentler and safer. The American Academy of Paediatrics recommends that until the age of 2 all children should be in rear facing car seats. In Sweden, it’s common for children to be rear-facing until the age of 4.

What seat to use?

When I went to the professional car seat fitter, he showed me some height markers on my seat and explained to me that Isabella could be seated safely rear facing until she passed the height markers, despite the car seat advertising saying that the seat was only rear facing for a year. There are also a whole range of extended rear facing car seats which are now on the market which can be used until a child is at least 3 or have passed those extended height markers.

The only argument against extended rear facing I can find is that children prefer to be forward facing. I know what it’s like to have a baby not like the car, I really do. However, Isabella doesn’t know any different and hates being restrained more than anything. Given the hugely increased safety that extended rear facing undeniably provides, I’m more than happy to put my foot down and not budge on this battle. Wish me luck! 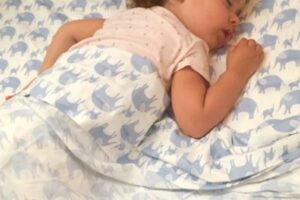 My Non-Toxic Tribe: Guide To Choosing A Safe, Non-Toxic Mattress

With her baby brother due in February, the time had[...] 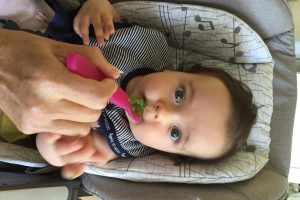 Monday morning, Isabella and I are going to be sitting[...] 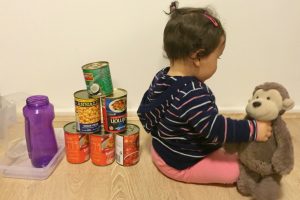 I find it pretty overwhelming to think about how many[...]